Joan of the Slums

In doing Mannequin, Joan Crawford was kind of poaching on the roles that Sylvia Sidney did, the girl from the slums who’s looking to break out. She isn’t half bad in it.

When you think about it her part her is a kinder gentler version of the role she did in The Women. A girl looking to step up in class. But in this she’s not looking to steal someone’s husband to do it. She’s more used than the user in Mannequin.

She’s from Hester Street on the Lower East Side of Manhattan, living at home with parents and a kid brother. She’s got a good looking boyfriend though in Alan Curtis who’s got less than meets the eye in character. They get married.

Soon she catches the eye of millionaire Spencer Tracy who comes from the same area, but who worked his way up to owning a fleet of freighters. Spence is smitten with her.

In a reverse of Indecent Proposal, Curtis is quite willing to play on Tracy’s obvious interest in Joan, but she now recognizes Curtis for what he is.

This is definitely a Crawford picture. Tracy underplays it in his usual style and has some moments, but he’s clearly in support of Crawford.

Alan Curtis’s part is unusual. He still loves Crawford no matter what, but he’s shallow and his own interests come first. If this were done at 20th Century Fox, Tyrone Power could easily have done this role. He did a kind of variation on it in Rose of Washington Square. Curtis is never shown as violent in any way and that in fact makes him all the more smarmy in his charm. 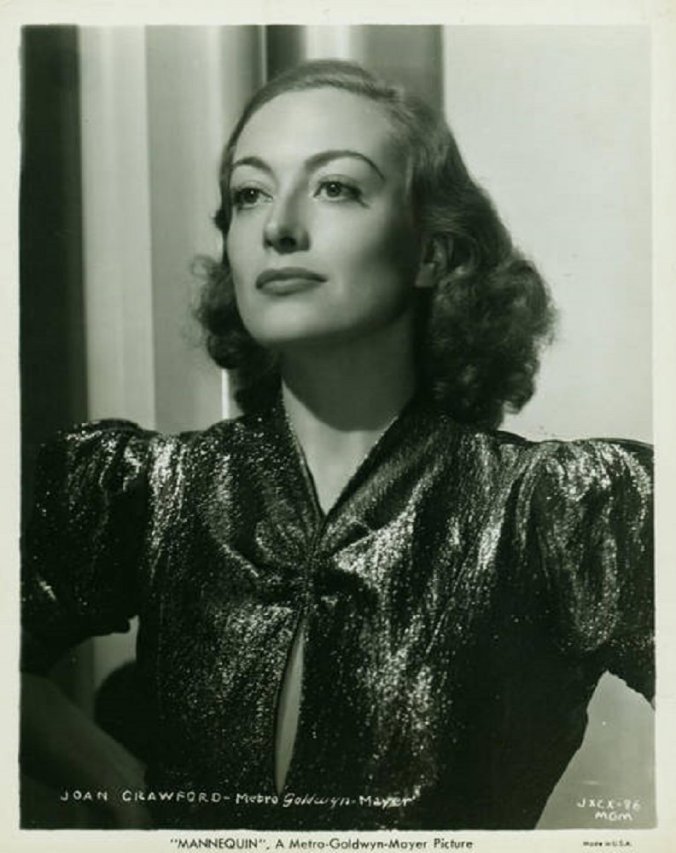 One of the best roles in the film comes from Leo Gorcey as Crawford’s younger brother. He’s a tough slum kid with a big mouth and you don’t like him. But he actually is very shrewd in sizing up the shortcomings of those around him, like his father Oscar O’Shea and Curtis.

The title Mannequin comes from the fact that at one point Crawford works as model in a fashion show. Of course this put into the context of the story, giving Crawford the Adrian fashions to wear that she was known for.

Fans of Joan Crawford will be pleased with this.

Even though the material is not as great, MANNEQUIN (not to be confused as the 1987 movie), manages to convey a deal more. This is mainly because of the teaming of Spencer Tracy with Joan Crawford. He being an actor of restraint who could convey so much more than any actor of his time, brings in Crawford a similar chemistry in which she wisely opts not to out-act him (or her own fiery self), and for all of MGM’s false production values set aside for once (Crawford as an Lower East Side resident screams false at every turn, more so when seeing her “tenement” apartment), their performances come true and the movie, for all its escapism, works. Scenes linger in the mind, like the inconclusive subway scene in which Crawford underplays her sadness, or the plausible turmoil in which Tracy’s character goes through once he realizes he’s lost everything. I found that despite the sore-thumb presence of Alan Curtis as the guy Crawford impulsively marries and the irritating acting of Mary Phillips, the main characters actions were pretty consistent and not forced to comply with an obligatory happy ending. Overlooked by the Oscars, its only nomination was in the Best Song category for “Always and Always.”

“Mannequin” is a charming, Joan Crawford rags to riches story set in New York City. Desperate to get out of her family’s Hester Street apartment, Jessie talks her boyfriend Eddie into getting married a little sooner than planned. At her wedding dinner in a Chinese restaurant, she is spotted by the very wealthy, well known John Hennessy (Spencer Tracy) who falls in love with her immediately. He’s also impressed by the depth of her love for Eddie. But it’s obvious to all but Jessie that Eddie is a jerk. 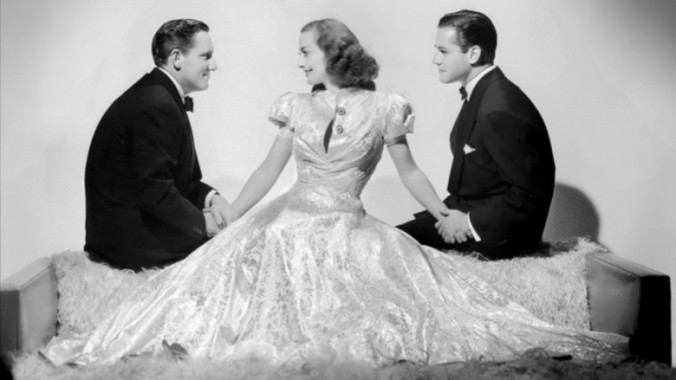 This is not a big, splashy film, but a more intimate one, with a marvelous, heartfelt performance by a young Spencer Tracy, who plays a lonely man to perfection. His sincere performance drives the film. Crawford is photographed beautifully, all gorgeous eyes and softness. I’m not sure how many animals died so Crawford could be dressed so opulently in fur, but once she gets into modeling and then hits the big time, she wears some very expensive clothes. Curtis is an attractive louse, and Leo Gorcey is great as Jessie’s impossible brother. Elisabeth Risdon gives a wonderful performance, with a poignant monologue to her daughter at one point.

A sweet and satisfying film.