Looking for Trouble is a 1934 American Pre-Code crime film directed by William A. Wellman and starring Spencer Tracy, Jack Oakie and Constance Cummings. After he is rejected by a woman, a man leaves his safe job and joins a gang that robs banks. The film features actual stock earthquake footage.

A rarely seen comedy/drama by Wellman

For whatever reason, LOOKING FOR TROUBLE doesn’t show up on television and isn’t available on video, but I was lucky enough to catch it at Cinevent in Columbus.

LOOKING FOR TROUBLE is given the genre classification of crime drama in the AFI Catalog, but there are healthy doses of wit throughout. With the affable Jack Oakie as second banana, what would you expect? Tracy and Oakie play easygoing telephone linemen troubleshooters with Constance Cummings and Arline Judge as their respective girlfriends. Tracy’s disreputable ex-partner Dan Sutter gets fired for his involvement in an illicit gambling joint, and blames Tracy for squealing on him. Cummings sides with Sutter and ends up working for him at the real estate office he opens. She refuses to listen to Tracy’s suspicions that her boss is a crook. All sorts of excitement follows as Tracy and Oakie investigate Sutter, including a fire, a murder and an earthquake! The earthquake sequence was a recreation of the immense quake that hit Long Beach on March 10, 1933 – just seven months before filming began on the picture. According to Leonard Maltin’s Classic Movie Guide, which gives LOOKING FOR TROUBLE 3 stars, actual footage of the earthquake was used in the film. The AFI states: “The scene in which Tracy is caught in the quake has been included in numerous documentaries on both Hollywood film-making history and earthquakes.”

Spencer Tracy got his big break in pictures in 1930 when director John Ford, impressed by Tracy’s performance as a Death Row inmate on Broadway, got Fox to sign him for a prison movie he was making. Tracy made an impression with audiences in UP THE RIVER (along with fellow new-comer Humphrey Bogart), but the role got him type-cast as thugs for the next few years. He grew increasingly unhappy with the parts he was given and became difficult to work with. His Fox contract was coming to an end when he was loaned out to Darryl F. Zanuck at 20th Century Pictures for LOOKING FOR TROUBLE (working title, TROUBLE SHOOTER) to be directed by William Wellman. Soon after he left Fox, Irving Thalberg signed Tracy to a long-term contract at MGM where his talents were put to better use.

“Wild Bill” Wellman (so-named for his daring aerial feats while in the Lafayette Flying Corps. in WW1) owed his start in films to his friendship with Douglas Fairbanks. Stories vary on how the two met (one account has it that Wellman made a forced landing on the actor’s property), but it’s a fact that after Wellman saw himself on screen in Fairbanks’ film KNICKERBOCKER BUCKAROO (1919), he decided that he would rather be behind the camera. He worked his way up from prop man, to assistant director and finally to director of Buck Jones westerns at Fox. In the years before LOOKING FOR TROUBLE, Wellman directed such notable films as WINGS (1927), the first picture to win an Academy Award; BEGGARS OF LIFE (1928) with Louise Brooks and THE PUBLIC ENEMY (1931). The latter helped to launch the popularity of the gangster movie and the career of James Cagney. 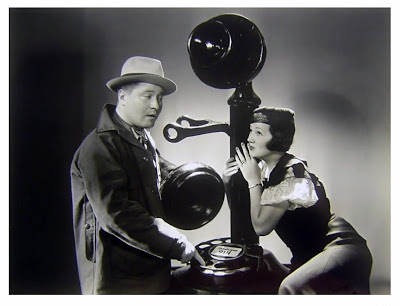 It’s always a treat to see the smart and striking Constance Cummings in a featured role. Like Tracy, the Seattle-born actress started in theater. She was discovered while on Broadway by Sam Goldwyn who brought her to Hollywood. Columbia signed her up and cast her as prison warden Walter Huston’s naïve daughter in THE CRIMINAL CODE (1931). After 10 films in two years with the studio, Cummings went freelance. It was during this period that she made perhaps her best picture, MOVIE CRAZY (1932) with Harold Lloyd. She moved to England in the mid 1930’s with her husband, English playwright and screenwriter Benn W. Levy. There, she continued acting in films and on the stage. In 1974, Cummings was made a Commander of the British Empire for her contributions to the British entertainment industry. She died on November 23, 2005 at the age of 95.

Remarkably, another member of the cast is still with us as of this posting. Hatchet-faced, bespectacled prolific American character actor Charles Lane (billed here as Switchboard Operator) turned 101 on January 26, 2006! Other notables to look for in uncredited parts are Bryant Washburn, star of early Essanay films from the 1910’s, as “Richards, Long Beach Manager,” and Jason Robards Sr. as “Shotgun Henchman.”

Mordaunt Hall in The New York Times gave the film a mixed review, finding the amusing scenes with Tracy and Oakie “highly entertaining, but when it tackles the plot and the inevitable spat between the romantic couple, it slumps.” He added that the earthquake scenes “…are done extraordinarily well.”

Mild mixture of comdy and drama helped by a mix of two different personalities.

The lives of telephone repair men are explored in an overly plotty comedy with contrasting types playing off of each other with both tough and humorous dialog. Spencer Tracy and Jack Oakie reminded me of Bing Crosby and Bob Hope in the best “Road” movies with their quite opposite personalities. Tracy is hard and cynical, while Oakie is a good-natured jokester who lightens up his initially unamused partner quite a bit in spite of the fact that they both love the same woman. During the course of the movie, they discover a dead body, get involved in a bank heist and manager to get out of a burning building where they were held hostage. The clever dialog helps the film rise above its convoluted plot which runs all over the place in a short running time. A hard-boiled dame played by Judith Wood adds some zest to the conclusion, the other women in the plot not very interesting.

This one really, really heats up near the end!

Initially, I didn’t like this film very much. After all, Joe (Spencer Tracy) was a one-dimensional guy who spends so much of the film getting angry and socking people. This sort of character sure is much different from the subtle and well-acted characters Tracy is famous for performing over the years…most likely because this is early in his career and he hadn’t yet established himself as a top actor. I was almost ready to turn it off, actually, but fortunately stuck with it and I am glad I did. It wasn’t so much because the story about wire tappings was that great but because the studio was able to take actual footage of a real earthquake and seamlessly integrated it into the film…making for a really exciting finale that catches you by surprise. Worth seeing. 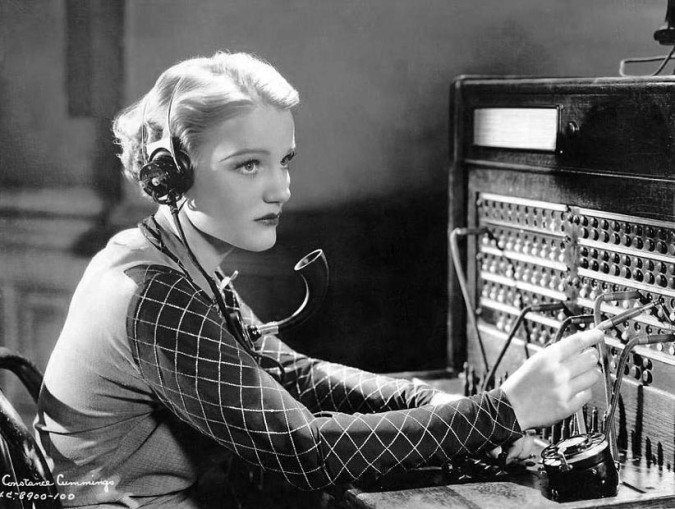 By the way, although it’s not a severe example, the film clearly is a Pre-Code picture (coming out just a few months before the toughened Production Code was enforced). When Jack Oakie’s character is calling various phone numbers, one turns out to be for a brothel…and he saves that number for later!