A galaxy of stars in a delightful comedy

The beginning of “Libeled Lady” shows its four stars walking arm in arm toward the camera. The stars being Jean Harlow, William Powell, Myrna Loy and Spencer Tracy, some of the best actors working in Hollywood in the thirties!

Only a studio like MGM could pull this coup. They had in its heyday some of the best and more radiant figures in its payroll. As a studio, it could gather the best talents working in those days and create fabulous vehicles for them to shine, which is the case with this film. This delightful screwball comedy with romantic overtones has kept its luster even after almost seventy years since it was produced. Jack Conway directed with a light touch.

“Libeled Lady” got away with a lot having been filmed before the Hays Code got its grip in everything that was produced in Hollywood in the succeeding years. The dialog is quite frank and sophisticated, even for that era.

Jean Harlow had perhaps her best moment in the movies playing Gladys Benton, the woman who is engaged to be married and has her wedding postponed. William Powell, who was at the height of his career, and popularity, plays Bill Chandler, the man who is called to do a favor to the man that has fired him, by taking an interest in an heiress who is notorious for suing any newspaper that dares to print anything about her that is not true. Myrna Loy is the heiress, Connie Allenbury, who falls for the ruse that Bill Chandler is made to perform, but deep down she has fallen in love with him. Spencer Tracy is the editor of the newspaper in question, who concocts the plan to get the paper off the hook in paying the five million dollars. 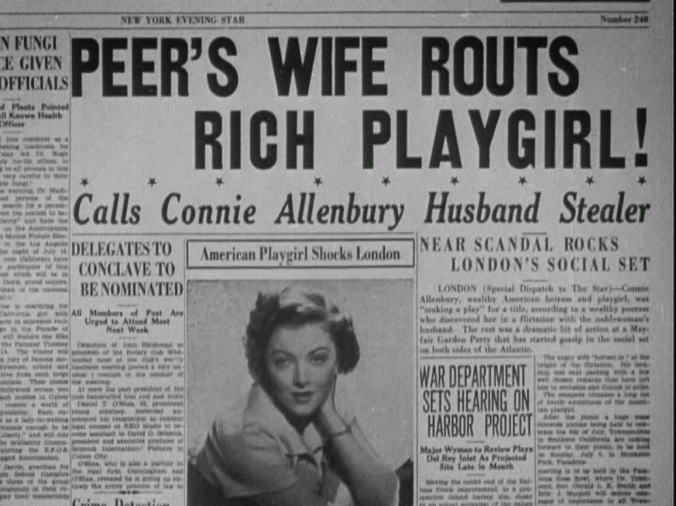 In supporting roles we get to see some of the best actors of the time: Cora Witherspoon, William Connolly, Charlie Grapevine, William Benedict, Bunny Beatty, and others that enhance the film with their presence.

The film will not disappoint. It is one of the funniest comedies of that period.

A film with four stars of this magnitude was an event in 1936 and, indeed, it still is in 2004. Though the subject matter is slight and the acting is not too terribly taxing on the affable quartet, it was well-thought-of-enough to rate a Best Picture Oscar nomination. Tracy plays a newspaperman whose own wedding plans are interrupted by the fact that his paper has mistakingly run a libelous story about the daughter of one of his competitors. Loy, as the daughter, slaps a $5 million libel suit against Tracy’s newspaper which, if won, will sink it. Since he knows he will lose, he rehires former employee Powell, who he feels will be able to charm Loy into an indelicate situation, thus rendering her reputation spoiled enough to cost her her libel suit. Part of the scheme, however, to make it seem legitimate is to marry off Powell to his own fiance (Harlow.)

It is here that the film gets a lot of its laughs as desperate-to-wed Harlow finds herself getting married……but to the wrong man! Powell and Loy get most of the sparkling dialogue and sophisticated repartee, but contemporary audiences are likelier to get a kick out of mouthy, hilarious Harlow. Her comedic gifts (and her ample physical assets) are on prime display, notably when the judge says it’s safe to kiss the bride and in a later scene where Powell is learning to fly-fish. All of the stars do very well and each gets a chance to rub up against the others. Powell and Loy are a legendary pairing with 14 films to show them off. Tracy does a slick job and shows his versatility. They are aided by a stable of amusing character actors, the type of people Hollywood was famous for and can no longer provide with regularity. (Today, almost any character actor that scores a hit is thrust into his/her own TV show, TV talk show or lead role in a film!) The film offers both wit and slapstick, wrapped up in some gorgeous sets and costumes. (The MGM gloss is fully in place.) Sadly, the light that was Harlow would be dimmed in just a year after this, but audiences are still able to enjoy her fine work in films like this.

The film went into production in mid-July 1936 and wrapped on September 1. Location shooting took place in Sonora, California. Lionel Barrymore was originally cast as Mr. Allenbury, and Rosalind Russell was originally considered to play Connie Allenbury.

Harlow and Powell were an off-screen couple, and Harlow wanted to play Connie Allenbury, so that her character and Powell’s would wind up together.MGM insisted, however, that the film be another William Powell-Myrna Loy vehicle, as they originally intended. Harlow had already signed on to do the film but had to settle for the role of Gladys Benton. Nevertheless, as Gladys, top-billed Harlow got to play a wedding scene with Powell. During filming, Harlow changed her legal name from her birth name of Harlean Carpenter McGrew Bern Rosson to Jean Harlow. She would make only two more films before dying at the age of 26 in 1937. 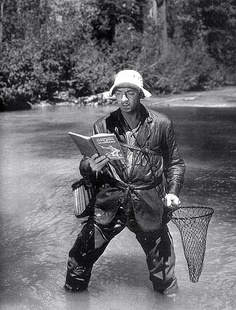 It’s always a pleasant surprise to run into one of Myrna Loy and William Powell’s legendary pairings. “Libeled Lady” was even more pleasant than usual! Spencer Tracy is marvelous as the too smooth operator, while Harlow shrills her way through the film, stealing every scene.

Still and all, the real selling point of this film is the clever drawing room dialogue and rat-a-tat-tat delivery! One does not see this type of intelligent comedic script come out of Hollywood these days. Full of double entendre, perfectly honed sarcasm and beautifully timed quips, this film keeps you smiling, even as you wince at Powell’s adept physical comedy, full of falls and falls and falls.

As for his co-star, watching Loy glow on screen is always magic, the moments that she raises an eyebrow and drops in a gem of a line, well, there’s the real abracadabra…

One might wonder about casting 4 heavyweights in the same film– any one of the leads could carry a film by themselves– but all together you’re afraid that they might either weigh down the film or, ala the “Dream Team” 1990, fail to live up to expectations. But this is one time you time you will not be disappointed– with hysterical antics by Jean Harlowe, the always dependable repartee between classy Myrna Lowe and suave William Powell, and Spencer Tracy proving for the first time that he can handle snappy dialogue like the best of ’em– the chemistry between the cast makes every scene in this film a delight.

The banter flies so fast you’ll miss it– this is the height of screwball comedy. When people say they don’t write them like this anymore, alas, they really don’t.